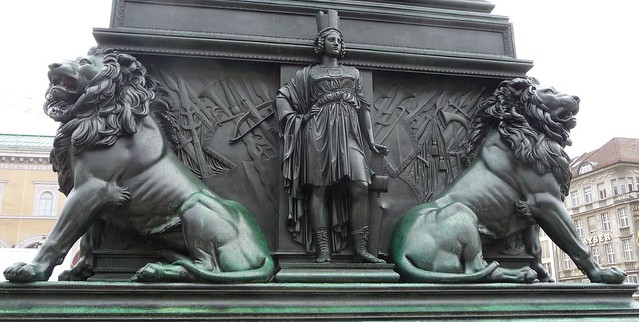 Back when I was deciding on a major, I inexplicably eschewed sensible majors such as Computer Science in favor of the endlessly fascinating but less useful Anthropology. I returned to computers long ago, and thought I’d never have a use for my Anthropological studies again. However, I’ve found lately that Anthropology is actually very useful for a writer of speculative fiction, because it really helps with world-building.

One aspect of Anthropology is the study of  how cultures are shaped by and shape their environments. There are so many things that we take for granted, and assume are the “natural” way of things because we grew up with them, but are not necessarily universal human traits. This is helpful to know when designing cultures in a completely new world.

In the world of The Amazon’s Apprentice, magic plays an important role in daily life, and women are stronger than men because they can use magic more effectively. Anthropology helps me figure out what their societies and cultures might look like, because there are physical differences between the sexes that would make them different than being simply a mirror of our own.

For instance, woman are both more affected by and more in control of pregnancy and childbirth than men, unless her culture or circumstances remove that power. If women are in control of society and its institutions, the whole concept of family and marriage is probably going to be very different than what we know. Unlike a man, a woman doesn’t have to worry that her child is not her own, so the necessity of keeping her mate(s) under sexual control diminishes unless there is another compelling reason to do so. In my world, there are some reasons why a woman might want to bind a mate, but they are not as compelling as in our world so the institution of marriage does not have the same importance.